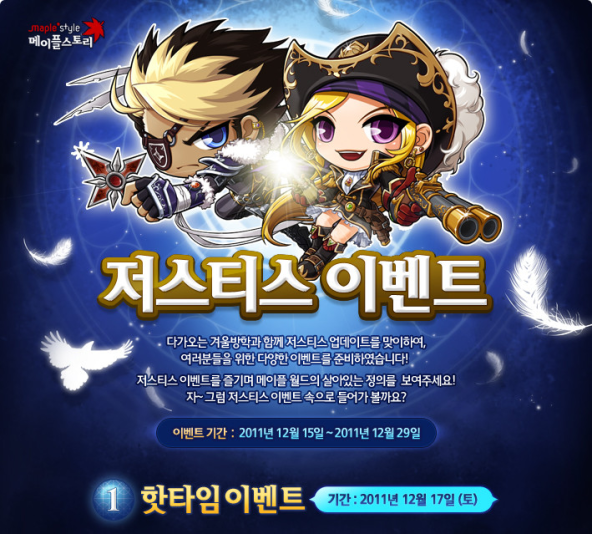 It’s been a long time since a patch hit KMS, it seems like all the news are about KMST and KMST only lately.

Today, however, the silence broke and the 1st part of the Justice update hit KMS! This part only released the skill changes for pirates and thieves, not Phanotm yet.

There were also some new Christmas events! Read on~

Not too many skill changes^^. Now for events:

The Justice Festival is pretty much the same as the Legend Festival. You gather Justice Coins from quests and then buy stuff at the shop. The shop is also very similar to the Legend Shop, this is what David sells in order:

They come with a hidden potential, and their attacks are higher than the original weapons. Level 120 ones are Maple Weapons, come with Epic potential.

You’re limited to buying up to 3 Mystery Mastery Books per character.

Same exact thing as the previous ones, except for thieves and pirates.

Get Santa’s shiny box from monsters around you to get one of those rewards:

Towns are decorated with snowmen and such. Some of the snowman will let you click on them:

When you click on them, they’ll drop Rudolph’s shiny box:

Open it and you can get those rewards:

Kill monsters your level, they’ll drop stamps, blah blah. They’re like Maple Leaves, when you get 100, you can trade them for 1 Justice Coin.

Raise a… sock… and get rewards. It sleeps for only 30 minutes so it shouldn’t be too bad. Rewards include: 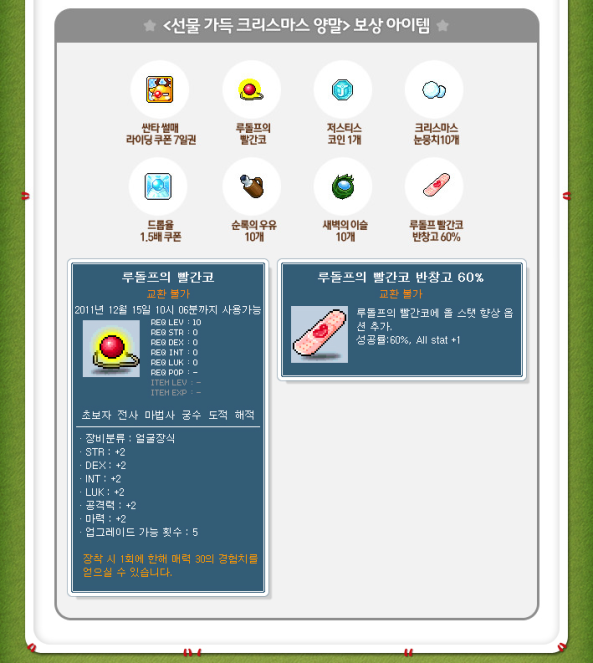 A giant snowman might appear in town. Kill it in just 1 hit and woo-hoo:

The one that will take place in two days will give out this hat: 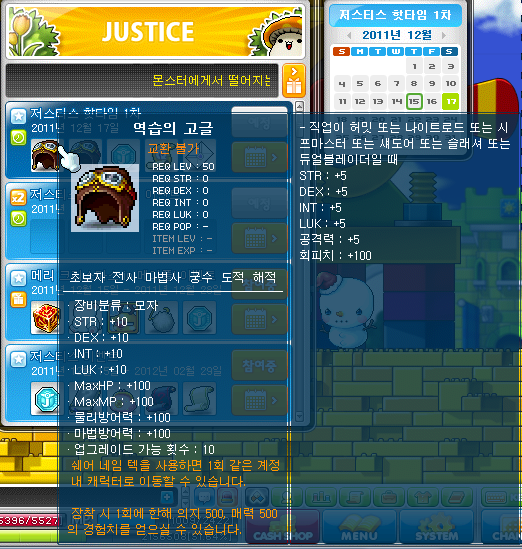 The bonus on the right is for thieves.

You also have a chance of getting various Chaos Scrolls, Clean Slate Scrolls, or Potential/Enhancement Scrolls.

The Maple Admin wants me to level up to 110 to get 1 Justice Coin. The amount of times you have to level depend on your level: 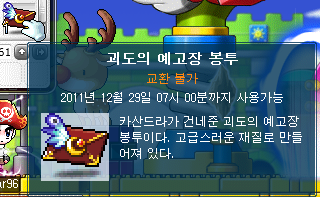 This isn’t an event but I got that card from one of the quests I accepted. You can obviously tell it’s a letter from Phantom. When I opened it, I got these two things along with 3 Justice Coins: 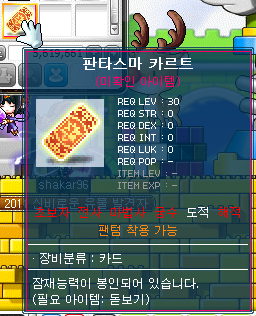 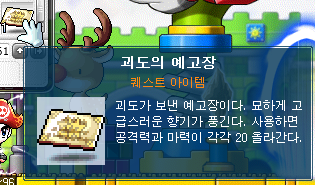 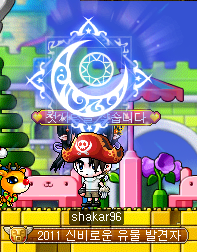 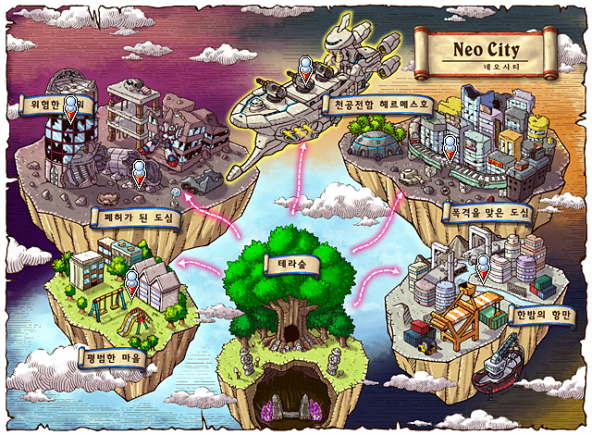 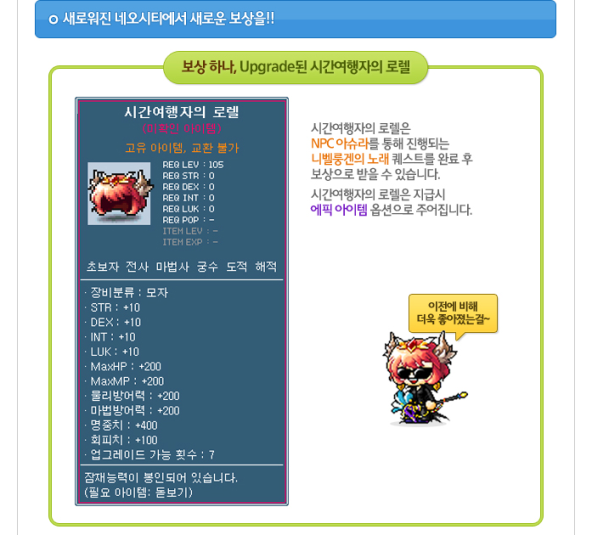 From doing the quests you can also get Andy’s Mystery Mastery Book, which contains a random Mastery Book of your class (No Maple Warrior 30, sorry to crush your dreams). 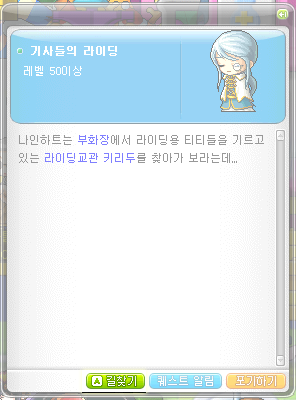 If you’re on a quest, you can just click the bottom left button. 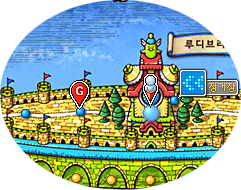 This arrow will show you the way you should go. It will navigate you to your desired map.

That’s all for now, now to wait for Phantom!

P.S. – All thieves and pirates received an SP reset scroll. Also, old Mastery Books (for the removed skills) can be traded for the new ones till February 29th. Just talk to the Maple Admin.